10 Legendary Lost Cities In India That Were Later Discovered

India, as the history tells us, has seen numerous prehistoric settlements & societies on the banks of the many rivers that feed the vast lands of the subcontinent. And while there some spectacular caves in India dating back to as early as 6000 BC, historians & archaelogists have been able to find ancient lost cities only as old as 3700 BC. Some of these ancient lost cities in India gave to the world the earliest planned settlements and the religions of Hinduism, Jainism, & Buddhism.

While not all have been discovered, many lost cities of India have been found & excavated by the Archaeological Survey of India. Here’s a list of some of them.

The following are the hidden gems that have been excavated in India and came into limelight in the recent years. Read on to know the lost cities in India: 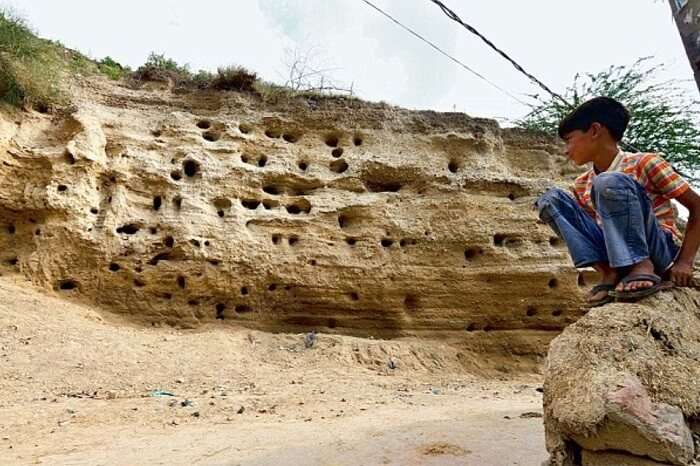 Pre-dating most of the famous cities of the Indus Valley Civilisation, Rakhigarhi is one of the oldest and one of the largest settlements of that era. However – much like other cities of Harappa and Mohenjo Daro – paved roads, drainage system, large rainwater collection systems, storage system, terracotta bricks, statue production, and skilled application of bronze and precious metals were found at the excavated site.

Must Read: 18 Cycling Road Trips You Must Take In India 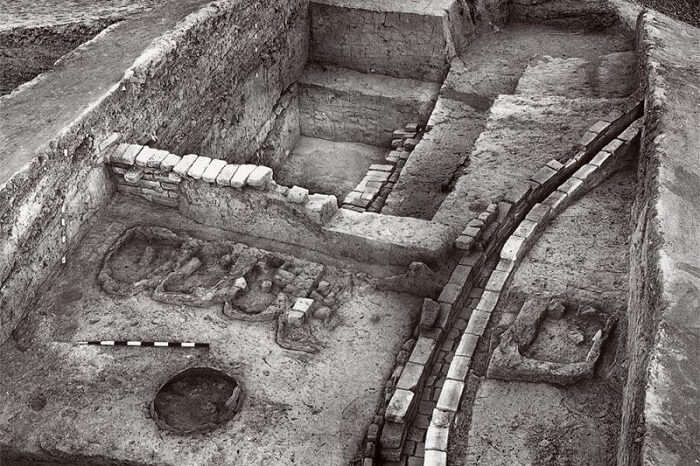 B. B. Lal, erstwhile DG of Archaeological Survey of India, stated: “Kalibangan in Rajasthan has given the evidence of the earliest ploughed agricultural field ever revealed through an excavation.” And then there are unique fire altars here that make it so important. This is amongst the best places to visit in Rajasthan.

Location: Hanumangarh, Rajasthan
Established in: 3700 BC
Abandoned in: 1750 BC
Discovered in: 1919 AD; by Luigi Pio Tessitori, an Italian Indologist, who was working on Ram Charit Manas by Tulsidas

Suggested Read: 10 Monasteries In Sikkim To Witness The Best Of India’s Cultural Heritage In 2021

Lothal ranks high in the list of the lost cities of India belonging to the Indus Valley civilisation that were discovered and excavated. Though floods wiped off the town during that time, structures like wells, dwarfed walls, baths, drains, and paved floors can still be seen. This shows how strong the structures were even during that time. This is amongst the oldest ruins in India.

Location: Saragwala Village in Ahmedabad, Gujarat
Established in: 3700 BC
Abandoned in: 1900 BC
Discovered in: 1954 AD

A favorite of the archaeologists, Dholavira is one of the lost Indian cities of the Indus Valley Civilisation. The excavated site includes reservoirs, step well, and various other antiquities such as seals, beads, animal bones, gold, silver, terracotta ornaments, & vessels. Excavations here also brought light to the the well-planned designs and organised constructions during those times. This is one of the best places to visit in Gujarat.

Suggested Read: 35 Spectacular Road Trips In India For That Passionate Traveler In You 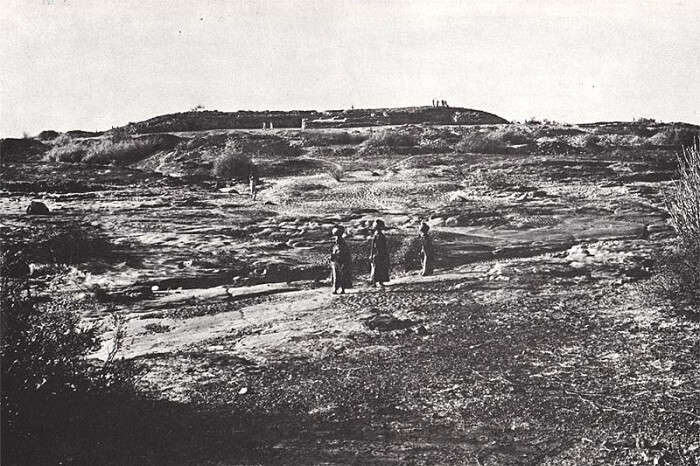 Another lost city of the Indus Valley Civilisation, Surkotada was discovered in 1964. The ancient mounds and ruins here are hidden by sandstone hills covered with red laterite soil that gives the entire area a reddish brown color.

Location: Rapar Taluka of Kutch, Gujarat
Established in: 2100 BC
Abandoned in: 1700 BC
Discovered in: 1964; by Shri Jagat Pati Joshi

Suggested Read: 15 Mesmerising Places To Visit In Kutch This Winter

Planning your holiday but confused about where to go? These travel stories help you find your best trip ever! 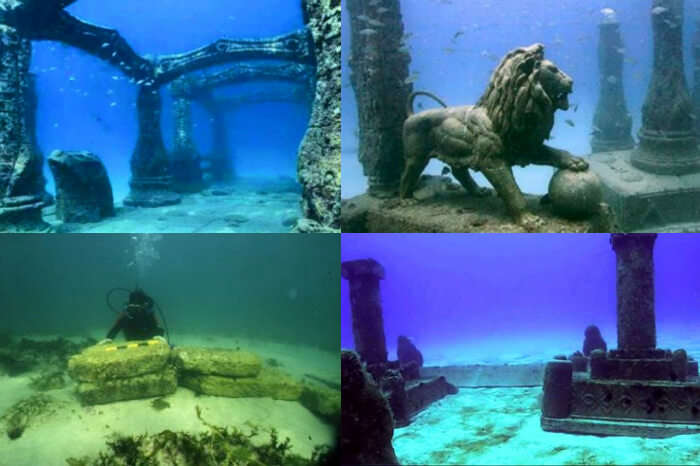 Dwarka, the sacred city of Lord Krishna, is said to have been submerged 6 times in total. Huge pillars, antiques, and massive stone walls are visible under sea. However, it is yet to be confirmed if those belong to the times of Lord Krishna. Carbon dating could trace these recovered ruins only up to 15th century BC.

Location: Submerged near the present-day town of Dwarka, Gujarat
Established in: 1500 BC (estimated)
Abandoned in: 1443 BC (estimated)
Discovered in: 1983 AD

Suggested Read: 10 Incredible Indian Destinations Under 20k You Need To Explore This Year 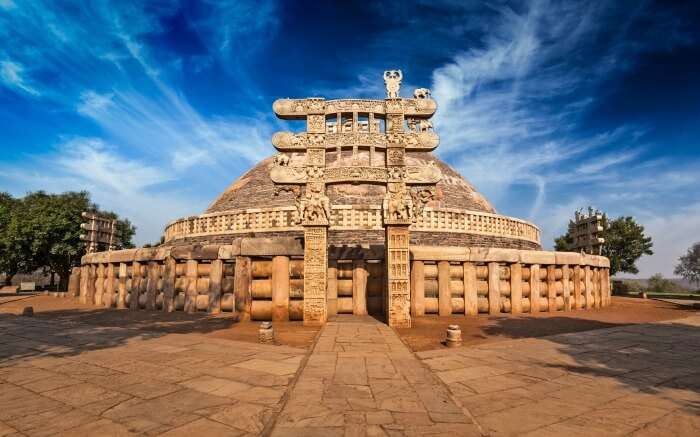 The town needs no introduction. One of the famous historical places in India, Sanchi is known for its Ashoka pillar and Greco-Buddhist style of stupas that depict various scenes from the Jataka tales and stories of Buddha’s life. The relics of Buddha at the once lost city of India were painted with a Mauryan polish to make them glow like glass. This is amongst the oldest ruins in India.

Suggested Read: 15 Tourist Places In Madhya Pradesh That You Should Be Visiting Right Now 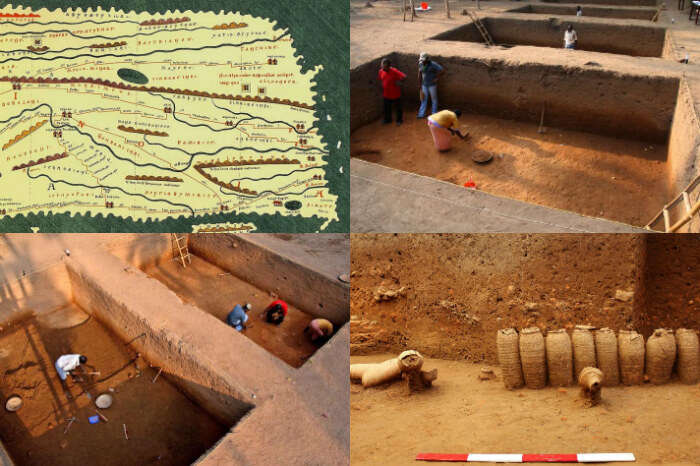 A port city on the banks of the Periyar River in Kerala, Muziris is one of the lost ancient Indian cities that have been discovered and excavated. Archaeologists have successfully found artifacts belonging to countries like Egypt, Yemen, Roman, and West Asia.

Suggested Read: Street Shopping In India In 2021: 12 Places To Satisfy The Penny Pincher Inside 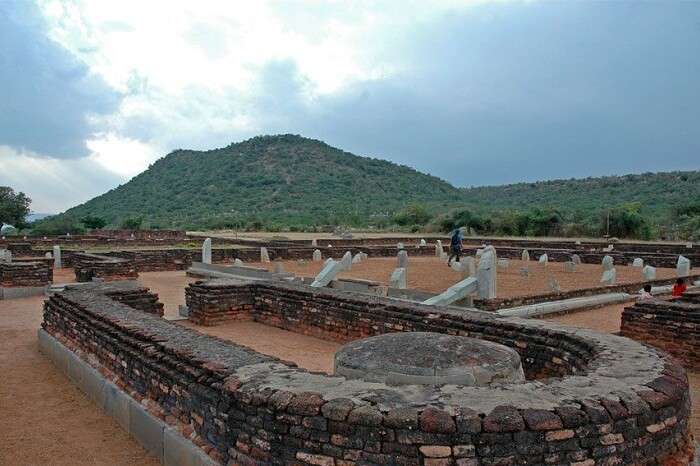 Suggested Read: 10 Indian Restaurants In Shanghai That Offer Ultimate Dishes To Crave For

10. Vijayanagar – The Kishkinda Of Ramayana 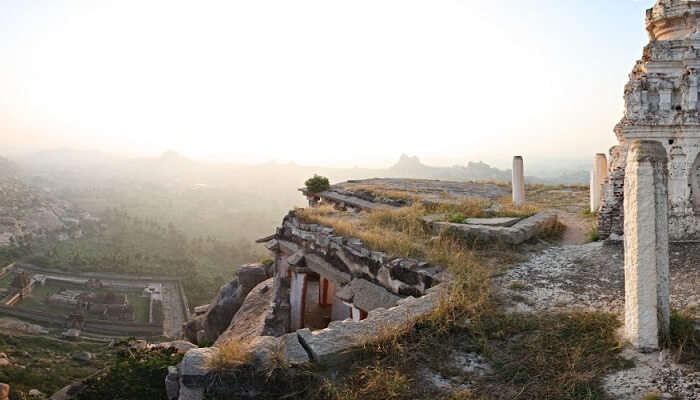 The Vijayanagar city is located on south bank of the Tungabhadra River in Bellary District of northern Karnataka. The city was built around the religious center of the Virupaksha temple at the famous UNESCO-listed world heritage site of Hampi. The lost Indian city was home to the Vijayanagar Kingdom that rose to its prime under the rule of Krishnadevaraya. However, some of the remains found here date back to around 300 BC. The city also finds a mention in the Hindu legend of Ramayana as Kishkinda – the realm of the monkey gods.

Further Read: 25 Ancient Lost Cities Of The World That Were Discovered Later

Intrigued much? Then you’re surely going to love a visit to these ancient lost cities in India. Wait no more! Plan a holiday in India and visit these amazing destinations. You can also get your itinerary optimized according to your preferences and enjoy vacationing like never before.

Disclaimer: TravelTriangle claims no credit for images featured on our blog site unless otherwise noted. All visual content is copyrighted to its respectful owners. We try to link back to original sources whenever possible. If you own the rights to any of the images, and do not wish them to appear on TravelTriangle, please contact us and they will be promptly removed. We believe in providing proper attribution to the original author, artist or photographer.

How can I reach Rakhigarhi?

Which is the nearest place to visit in Dholavira?

Kutch desert wildlife sanctuary is one of the interesting places in Gujarat that you can visit from Dholavira and is totally worth visiting.

Who destroyed the Vijayanagar kingdom?

In 1565, the city of Vijayanagar was destroyed when Rama Raya, the then chief minister of the city who led the empire to the battle of Talikota in which it was completely destroyed by the combined forces of the Muslim states of Bijapur, Ahmadnagar, and Golconda

Why is Lothal important?

Lothal was the most thriving center of trade during ancient times and its trade of beads, gems and ornaments make it a quite important place of trade for South Asia and Africa. They were the pioneers of bead making and metallurgy about 4000 years ago.

Which month is best to visit Dwarka?

Temperatures between November and February are quite pleasant in Dwarka and it is the best time to visit this historic place. Most of the tourists flock to this place during Janmashtami which is celebrated here in August/September.

Why is Sanchi Stupa famous?

Sanchi Stupa is famous as being one of the oldest stone structures which are built over the relics of Budha in 3rd Century BCE and is a very famous religious site.

How can I reach Nagarjunakonda?

Vijayawada is the nearest airport to Nagarjunakonda and is situated at a distance of around 65 km. It is well connected to the major cities through roadways. Macherla is one of the closest train stations and is only 20 km from Nagarajunakonda.

Looking To Book An International Holiday?

The post 10 Legendary Lost Cities In India That Were Later Discovered appeared first on .

Khangchendzonga National Park: An Ultimate Escape Into The Lap of Mother Nature